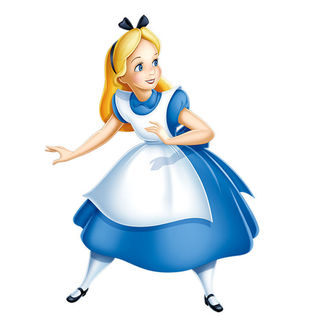 The girls from Skyleaf Creations and Athena Rain Costuming put together some cute “rock band” Disney princess designs for DTAC 2015, so of course I jumped at the chance to join their group when I was invited! Unfortunately I’m not in love with any of the Disney “Princess” movies and characters, but I do have a weakness for Alice in Wonderland (ahem, ahem), and the girls were happy to accept her as part of the band ^_^

The band’s name is Ain’t No Pretty Princess and features original members Merida, Cinderella, and Snow White; with additional members Rapunzel, Alice, Kida, Ariel, Anna, Belle, and more members joining steadily. We all designed our own costumes and picked parts in the band, so while they all fit into the “character as a member of a rock/pop band” there’s a large variety of individual concepts and aesthetics at play.

My own design is based on the colour scheme of Disney’s animated Alice: blue dress with white apron, white tights, and black shoes. The wig is a Vanessa in Champagne Blonde from Mythril Wigs (which I had bought for a different project). I tried to pull in a bit of the Tim Burton look with the text on her shirt. Version 1.0 debuted at Kitchener Comic Con 2016 using Mr Stark’s fancy Rock Band bass (which may look familiar) but I have since finished my very special Flamingo Bass.

While I consider the base costume to be set, since it's an original design I have a lot of flexibility with it, and as such various details/accessories will change from wear to wear as a result.

Band members included in the gallery: 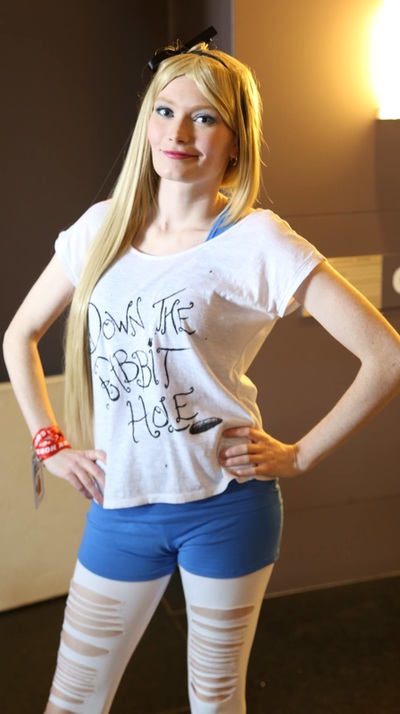 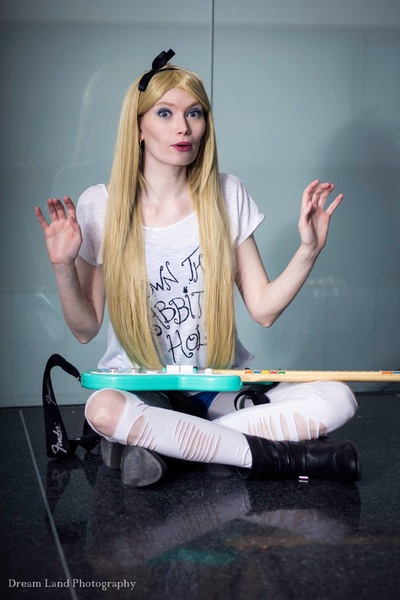 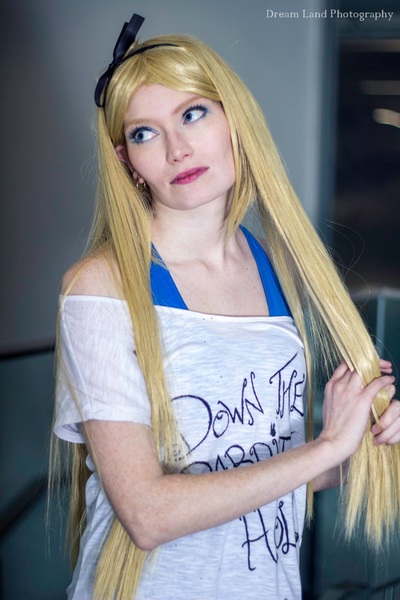 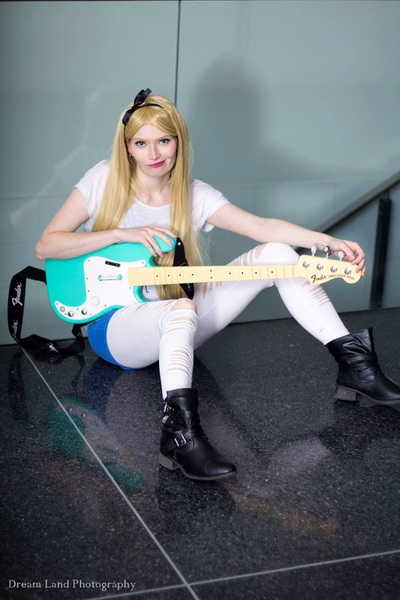 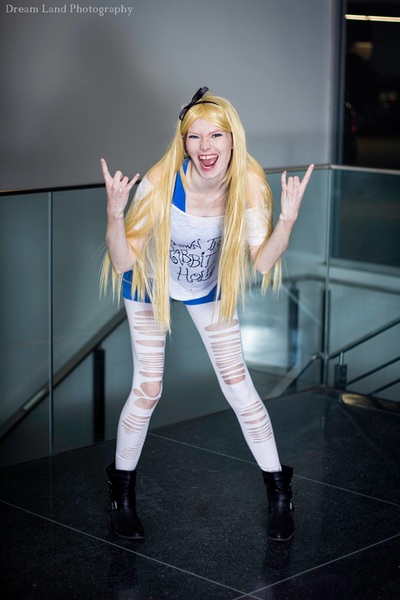 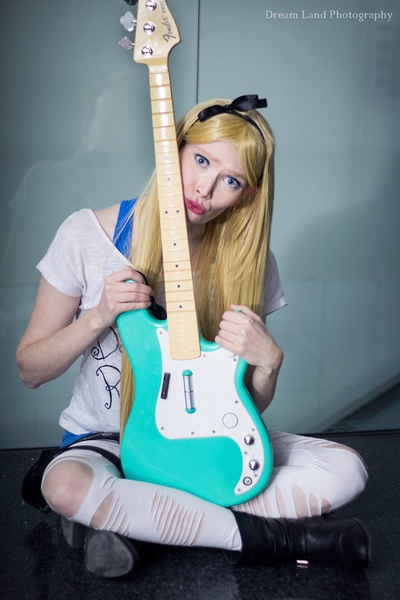 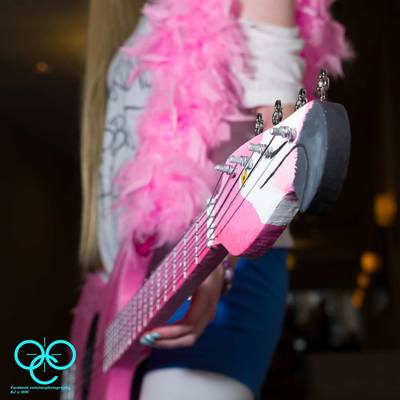 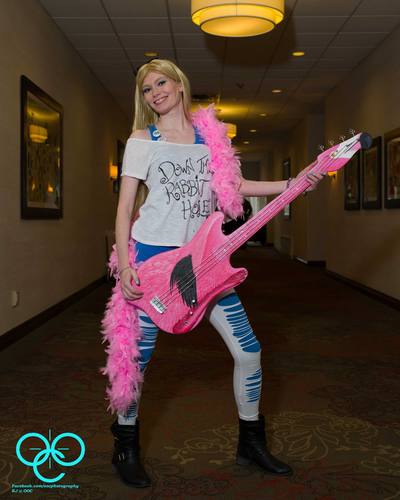 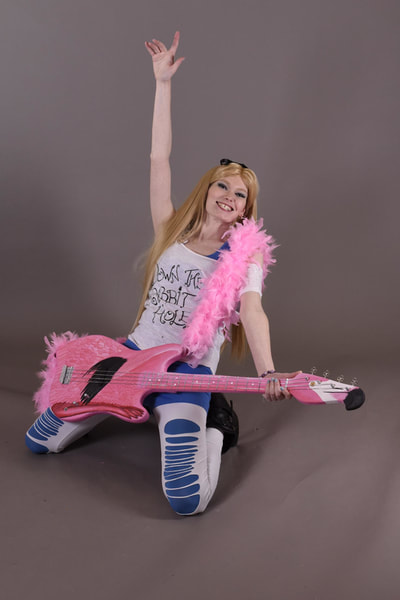 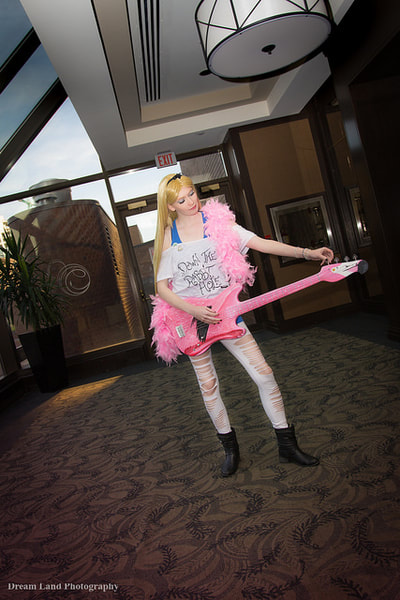 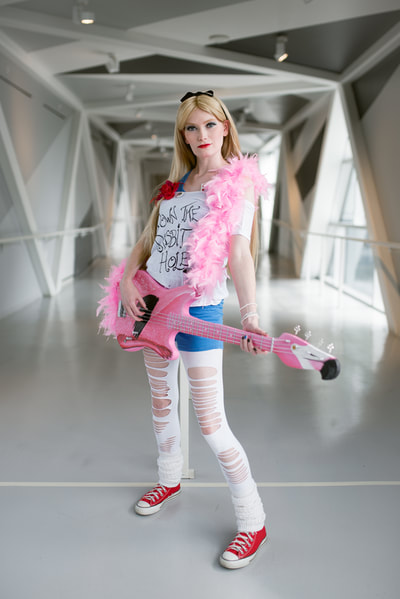 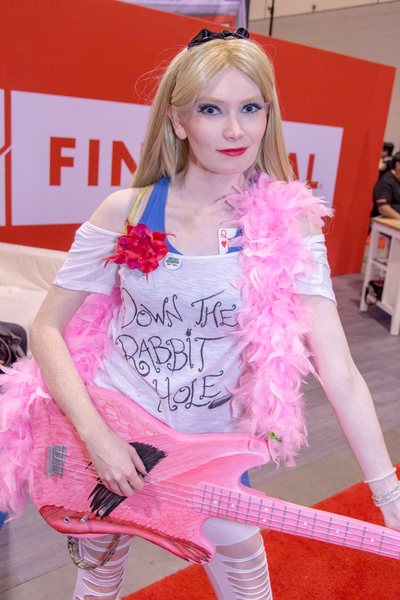 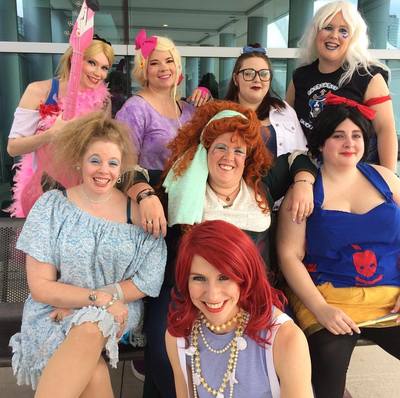 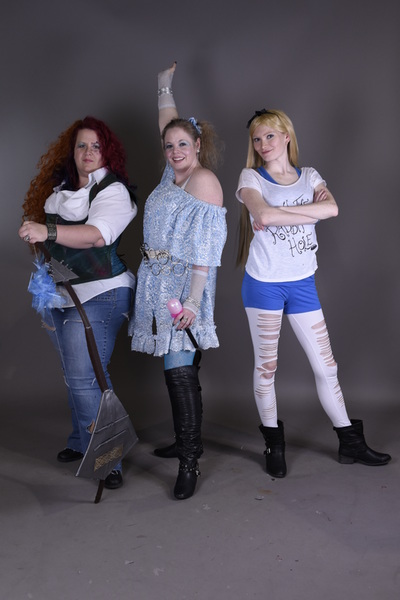 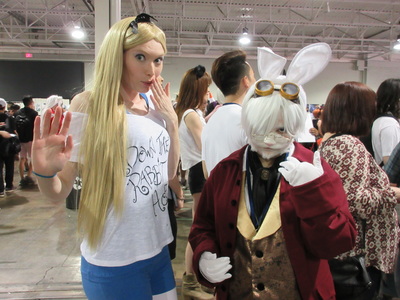 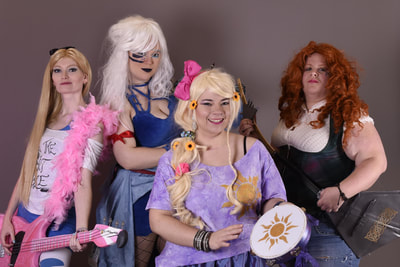 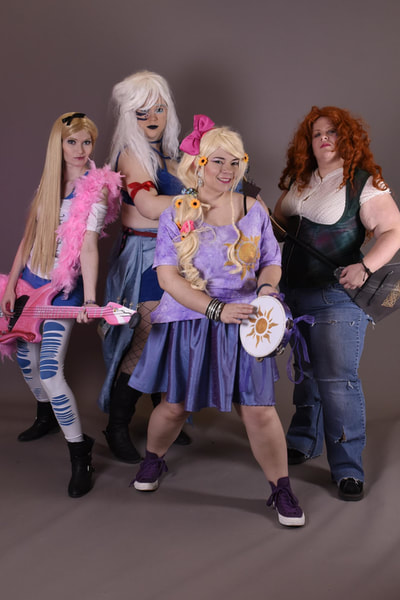 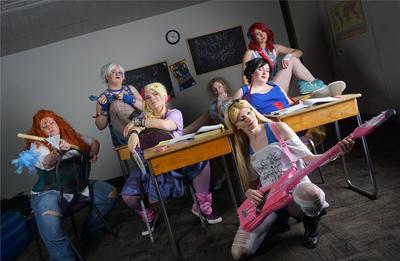 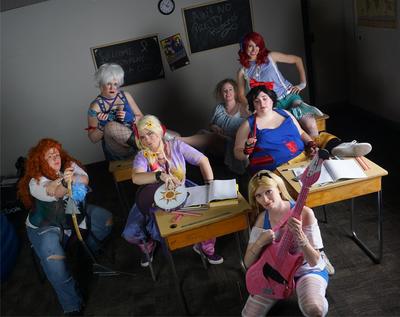 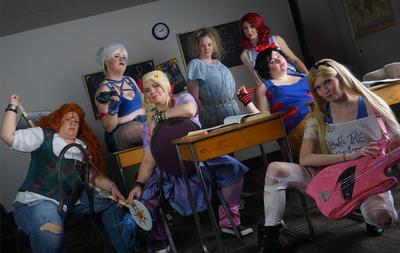 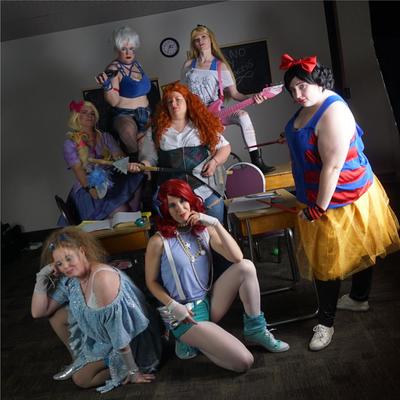 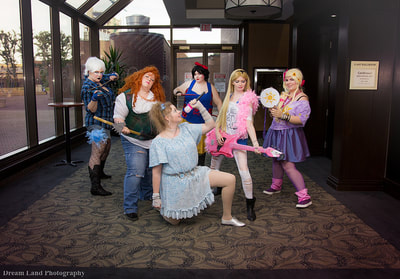 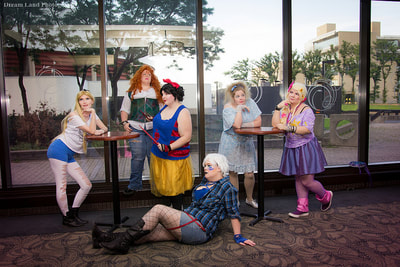 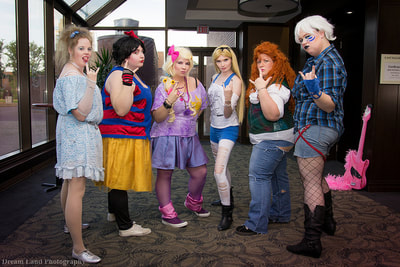 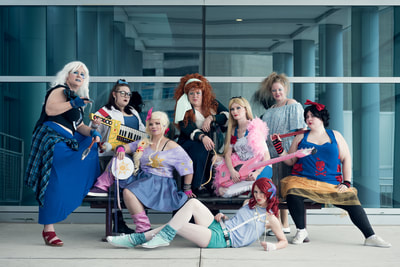 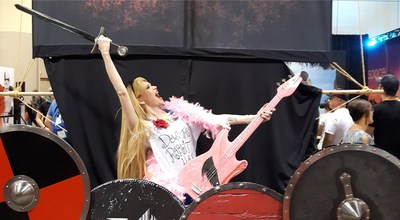 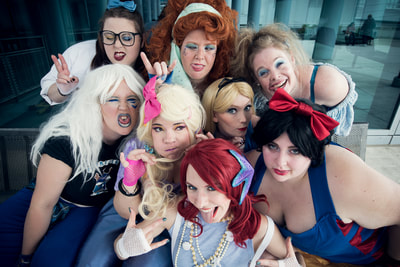 Events:
2016 Kitchener Comic Con, Anime North, Fan Expo
2017 Frost Con, ConBravo, Fan Expo Canada
Each photo in the gallery is labeled with its photographer; please visit their websites!
Cosplay for a Cure
​Dream Land Photography
​Girl Scout Boys
OOC Photography
Paul Hillier Photography
All photos are property of their respective owners and may not be used without permission.