Down the Rabbit Hole Dress

This is Alice's first dress from Tim Burton's Alice in Wonderland movie. I tried to make the whole thing in 2 days before the premiere because I had neglected to take note of the actual release date. Needless to say, it didn't get done in time to wear to the theatre on opening weekend, but that was definitely a blessing in disguise, as having seen the costume on screen I was able to correct a lot of my construction mistakes before it was too late.

The dress has two main layers, cotton for the base and voile for the over-layer. The bodice is fully lined and interfaced for a total of 4 layers of fabric. The skirt is divided into two tiers, and each was constructed separately... so the cotton layer has the middle gather as well. That caused a bit of a problem making things line up, but in the end I think it helped with the "poof" factor.

The embroidery on the hem is drawn on as opposed to embroidered. I free-handed the motif based on the poster images at the theatre since I couldn't find any images online which were high-res enough. Of course, photos of the actual costume were sent to me by a friend shortly after that.

The fingerless gloves are made of a fine stretch mesh, on which I drew the stripes with an art marker.

I built the boots on a base pair of heels using white vinyl and lots of glue ^_^. They actually lace up the front, but I put a zipper in the side to make things a lot easier. 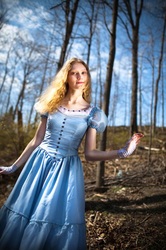 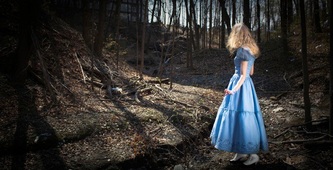 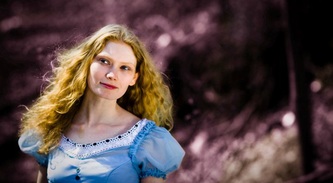 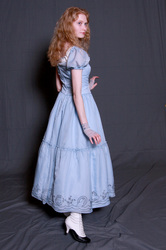 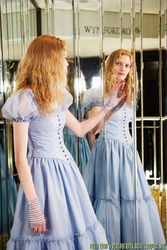 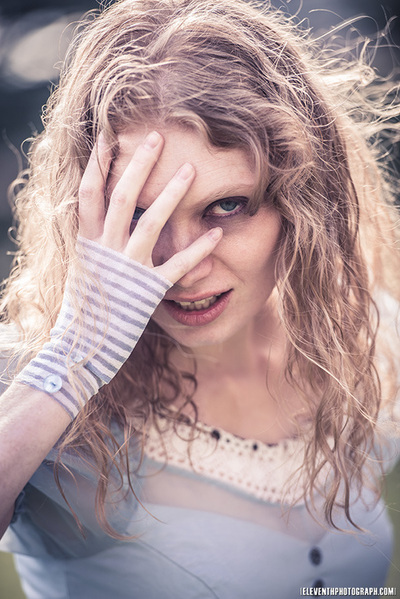 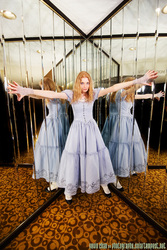 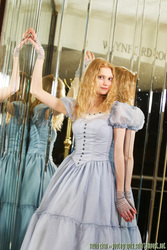 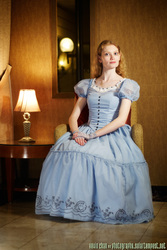 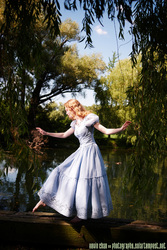 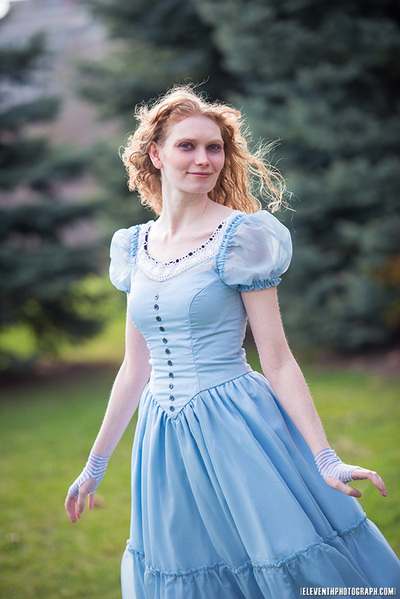 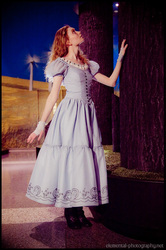 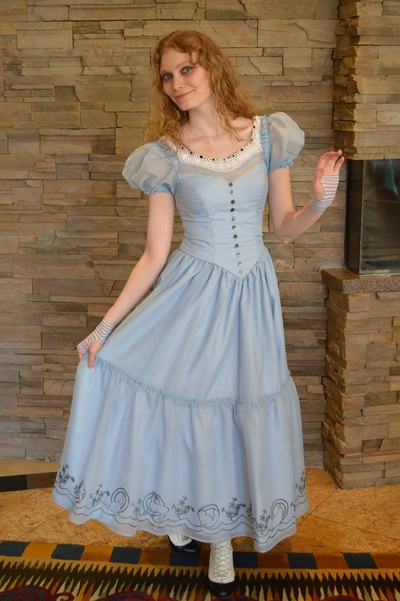 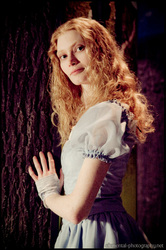 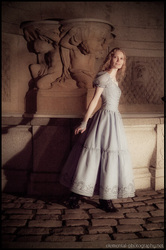 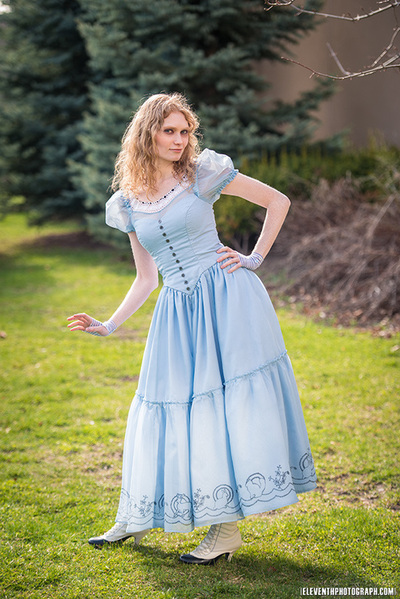 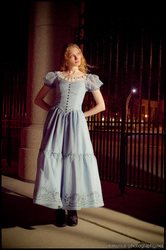 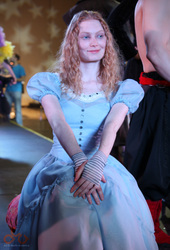 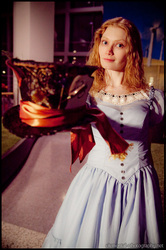 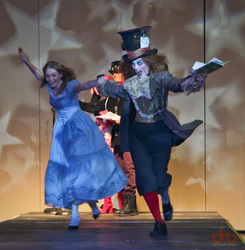 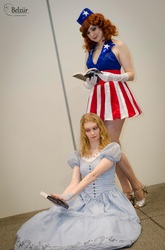 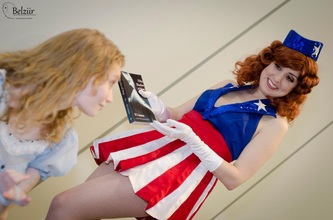 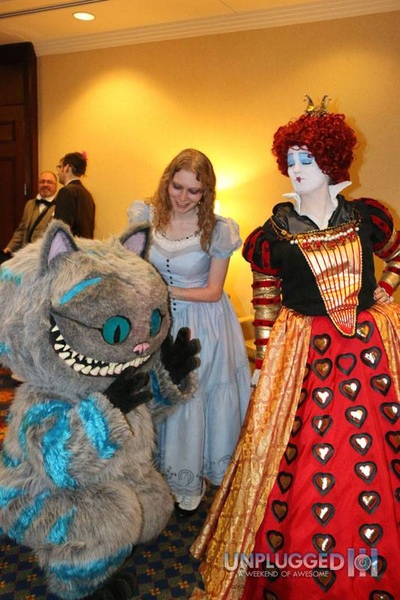