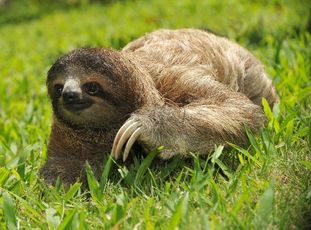 Kigurumis (aka "kigu"s) have become very popular at anime conventions as a cute and casual alternative to cosplay when you want to be a little more dressed down (or want to be covered in fleece). Many animals and licensed characters are available to purchase, and most are imported from Japan. Although I wanted one, none of the designs available online appealed to me, so I decided to make my own.
I picked a sloth because it is one of my favourite animals, would translate well into a kigu shape, and would be very appropriate personality-wise for just lounging around in (and giving very slow hugs). I used the basic measurement's of a friend's purchased kigu as a starting point and drafted out the pattern myself. Features include the stylistic tummy patch, functional buttons up the front, optional covered hands with 3 "toes" each that I can put my fingers in, and large plastic safety eyes. The whole thing is arctic fleece (with the exception of a little poly fiberfill in the toes, nose, and stubby tail) and its very warm. 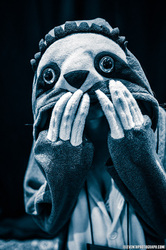 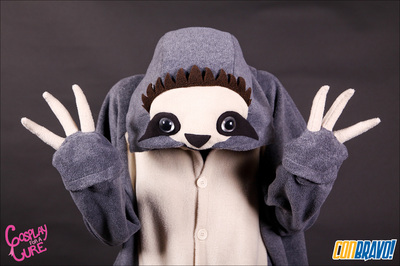 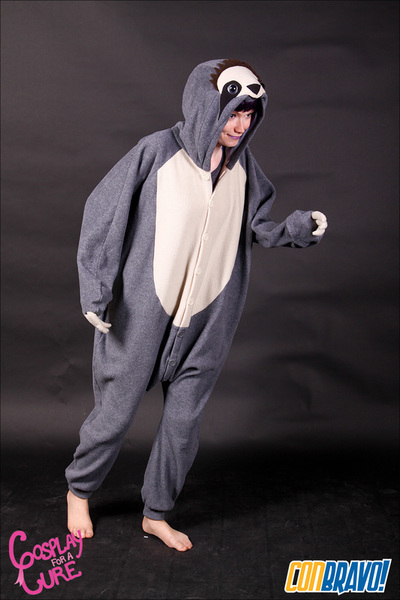 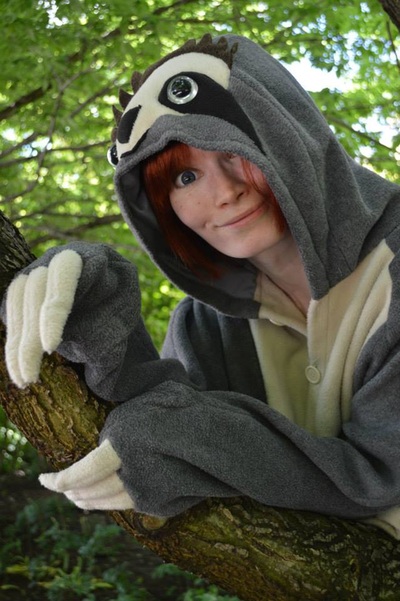 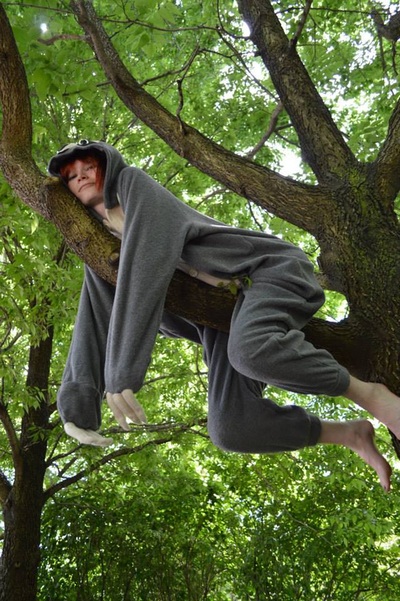 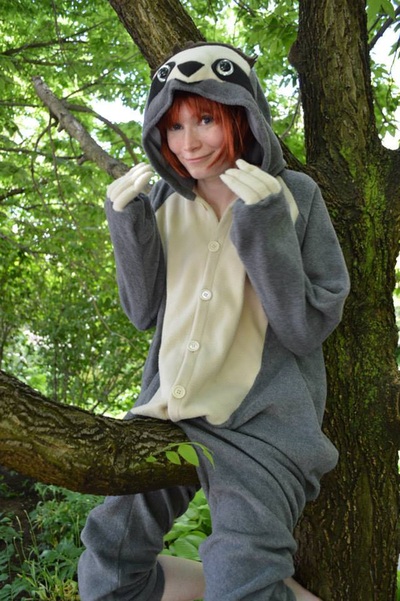 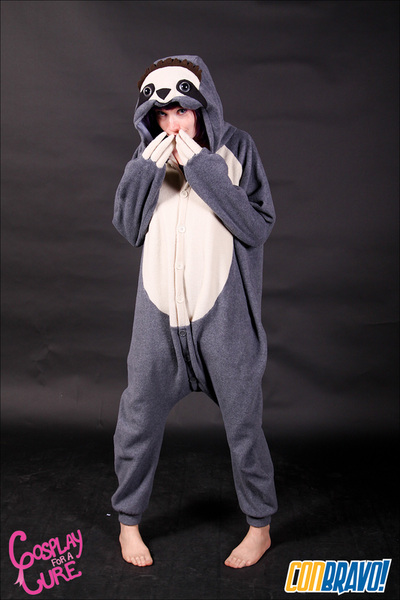 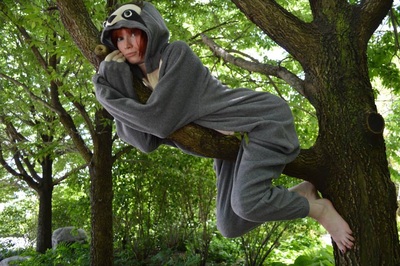 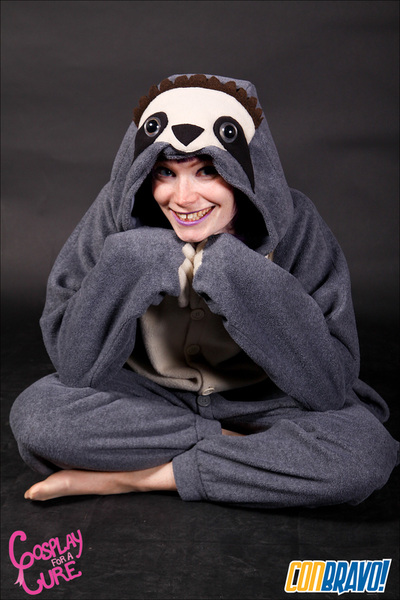