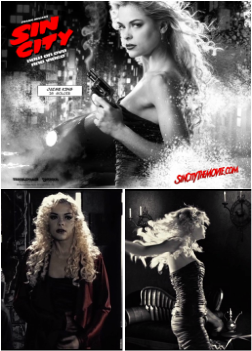 This costume was part of "Project Sin" for Fan Expo '06, a group that covered all the main characters, and many minor ones from the Sin City film. While a lot of the cosplayers ended up having to bow out before the con, we were still left with a kick-ass group! It was the first cosplay group I got to take part in, and is still the largest, with the possible exception of 2010-2011 Scott Pilgrim madness :)  I met several fantastic people through the group who I am still friends with, including SolarTempest, VickyBunnyAngel (Dallas), Cole (Kevin), and Jo_Canadian (Marv).

The costume itself was... well, I would do it differently if I had to do it again ^_^. The top is built on top of a store-bought bustiere, and the pants built on top of store-bought leggings. I had my mother help me modify a jacket pattern for the duster. Shoes were painted red, which of course flaked off almost immediately. Make-up was done by an MUA we hired for the shoot. 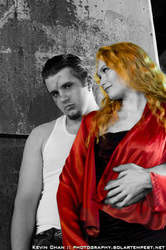 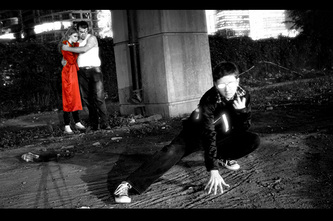 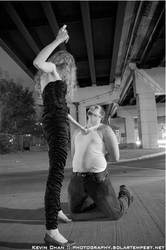 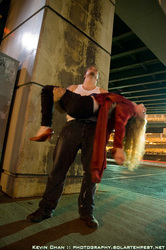 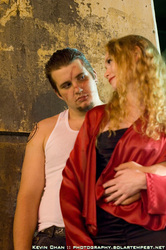 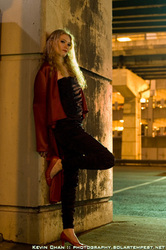 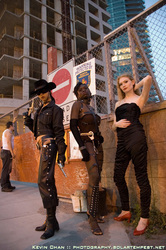 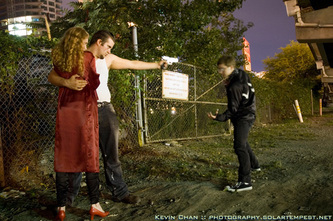 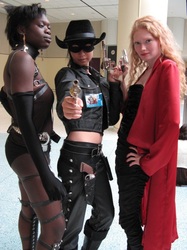 Events:
2006 Fan Expo Canada
Each photo in the gallery is labeled with its photographer; please visit their websites!
Pan-Chan: http://www.lelola.net/coverage/
Solar Tempest: http://photography.solartempest.net/
Wage: http://wageofsins.deviantart.com/
All photos are property of their respective owners and may not be used without permission.