Captain Marvel (Marvel Comics) used as inspiration for coat design "M7025" (McCall's Patterns)
Ironically, I think the impetus for using Captain Marvel as the basis for the coat pattern (for the Single Pattern Contest at Costume Con 35) was not the Captain herself or the shape of the coat, but the cute cotton print that I used for lining; that's (somehow) what the idea came from. Of course, once I had Captain Marvel in mind, I couldn't conceive of a more appropriate source of inspiration for redesigning the coat. It was almost too easy - I had to re-draft the bodice and sleeve parts to accommodate the colour blocking at the top, but the cuffs were a great parallel for Captain Marvel's gloves and the second tier of the skirt worked as a replacement for her belt. I thought it would have been awkward to have her star emblem on top of the front closure, so I incorporated it into the pocket instead. A couple of design elements did have to change from my sketch as I started construction - the skirt portion ended up being too soft to create a nice swag as illustrated, so I just left it hanging free, and the buttons on the front ended up being a distraction instead of an enhancement to the design.

My fabric choices were based on both cost and availability - the Marvel print I chose to partially line it with was not cheap, so I tried to keep the rest of the supplies to a very small budget. The red is an "affordable" faux suede, while the gold accents are a super soft double-sided faux suede which I hated turning into an applique. The navy is a stocklot suiting fabric and upper "star" lining is a cheap Halloween fabric - perfect for lining.

I love how this coat turned out and I'm going to be spending the next few springs and autumns torn between wearing it all the time because it's awesome... and wanting to put it in storage to stay pristine for as long as possible. 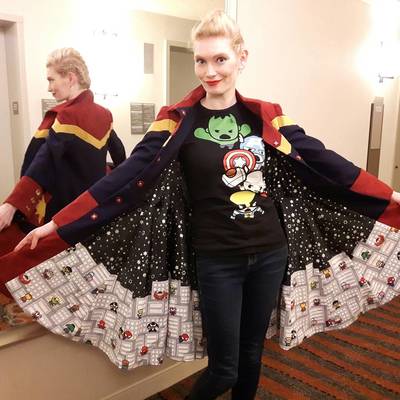 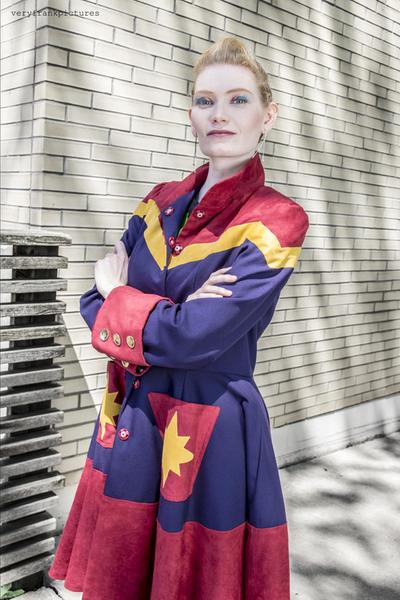 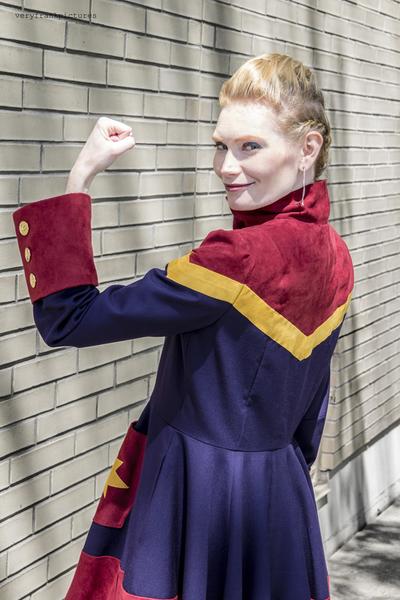 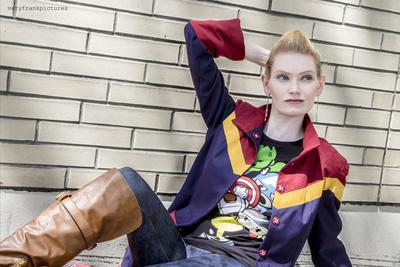 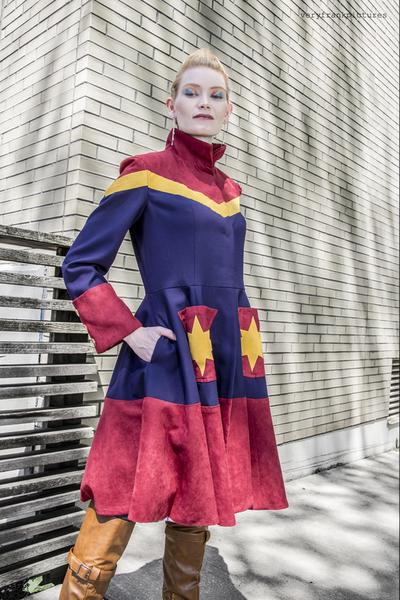 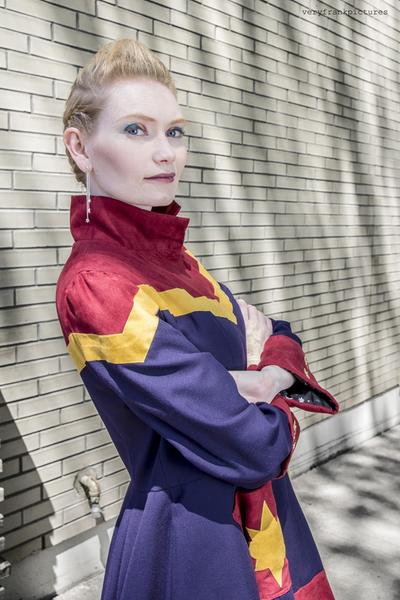 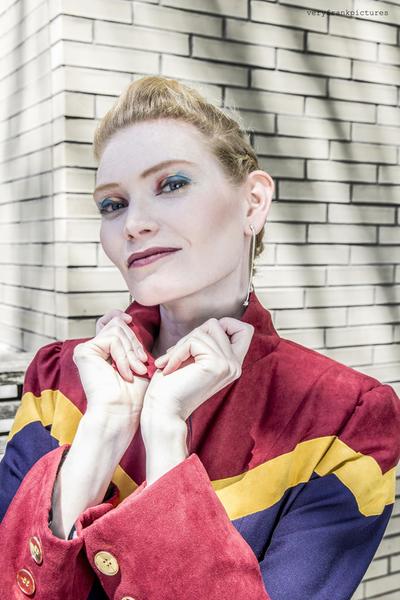 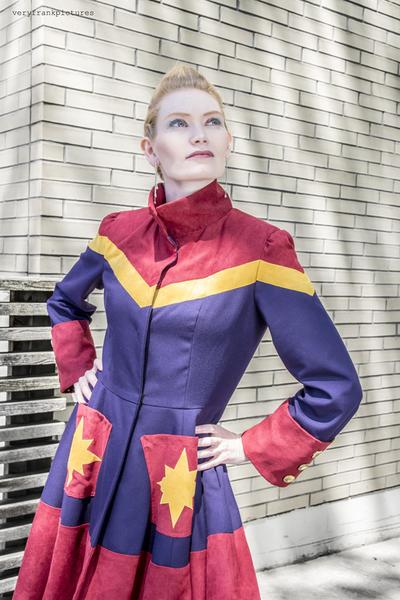 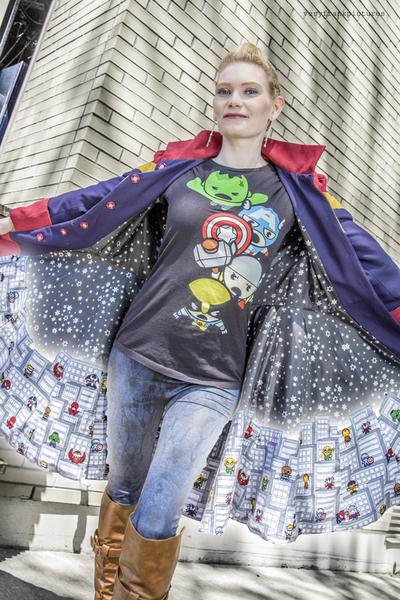 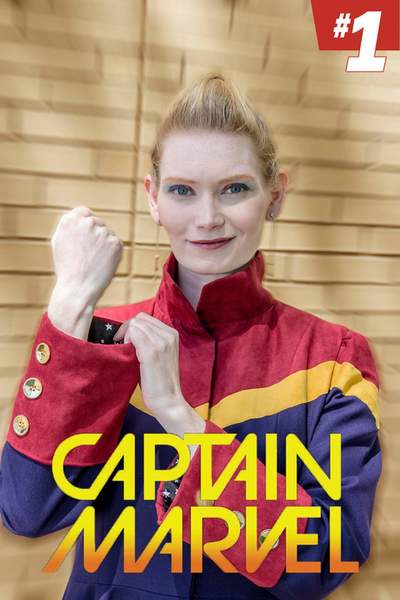 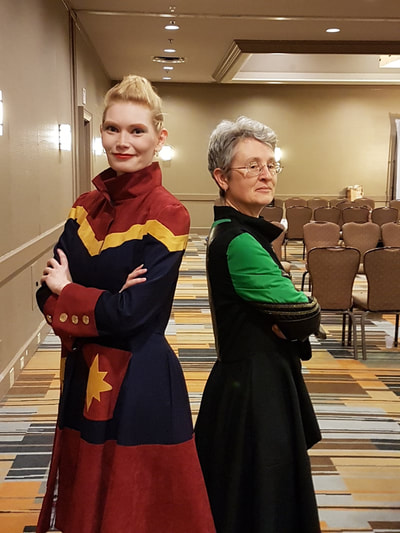 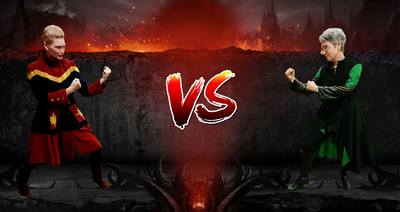 Currently in planning stages
Each photo in the gallery is labeled with its respective photographer; please visit their websites!
Very Frank Pictures
All photos are property of their respective owners and may not be used without permission.