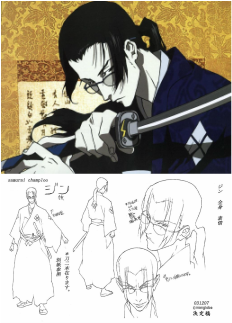 I can easily say that Samurai Champloo has been my favourite anime since I was introduced to it back in 2005, so when Wage suggested I cosplay from it with him, I was all for it! Although Fuu might have been a better choice for me, I really wanted to be a samurai instead, so this was my first crossplay. We actually did a lot of research for the costumes and props (more than I'd done before or since), trying to balance historical accuracy with screen accuracy. I did a fair amount of work on Mugen's clothes as well as making Jin's, and Wage more or less handled both our props. In the end, I was really happy with how everything worked out (except for my wig, since I just didn't know enough about styling them at that point) but unfortunately, due to the combination of a mix-up with the photographer we arranged a shoot with, not getting to enter the masquerade like we hoped to, and not having another opportunity to wear the costumes again, there is a sad lack of photos. 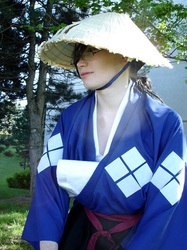 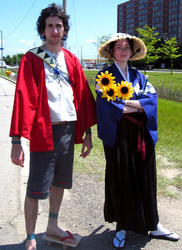 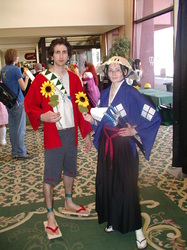 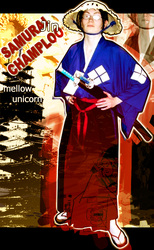 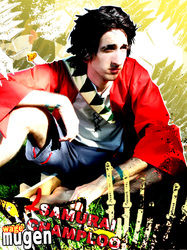