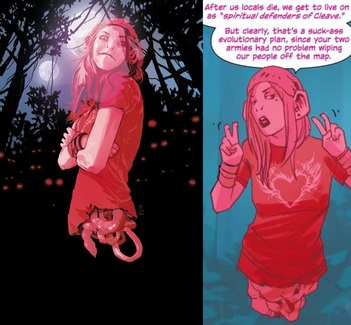 Izabel, from the series Saga, is a character with a relatively simple design, so I tried to get every little detail right. The biggest deviation I have from the source art is the tones of pink used - I tried to get more of a variety than what's used in the books to make sure that all of the different elements still look distinct in person and in photos since I don't come with black outlines. Version 1 (light pink wig) was finished in time for Halloween 2014 and while I was really happy with it, before the next con I replaced the wig with a much darker one - I'm still on the fence about adding a prosthetic nose (or lack thereof). Removing my own legs for accuracy is a thing that is not going to happen ~_^

I managed to keep this costume on a really tight budget. I bought yarn for the hat, pink makeup, latex ears, plain pink t-shirt, and upgraded wig. Everything else I used was already in my stash (even the contacts!).
I knit the slouchy hat using the "Chaos Cap" pattern on Ravelry, though I ended up deviating from the pattern in the end because (through no fault of my own) I ended up using the wrong size needles and had to get creative to fix it.
Wig (version 1) is recycled from my Fluttershy costume; version 2 was purchased on AliExpress and straightened/cut.
Latex ears are Reel FX "Ear-ee"
Makeup is Wolfe Hydrocolor in Pink (and black)
Contacts are Super Crystal Pink from i.Fairy
T-shirt was painted using a hand-made freezer paper stencil
Sleeves and gloves are made of power mesh to match the makeup (well, as close as possible)
Wristbands are sewn in pink and black fleece with a "backpack strap"-type clasp and hot-fix studs
"Guts" are sewn from scraps of pink fabrics (mostly knits) which were stuffed by KW Iron Man while I madly sewed at the last minute ~_^. They're attached to a wide elastic belt for ease of wear.

Progress discussion and photos can be found on my blog. 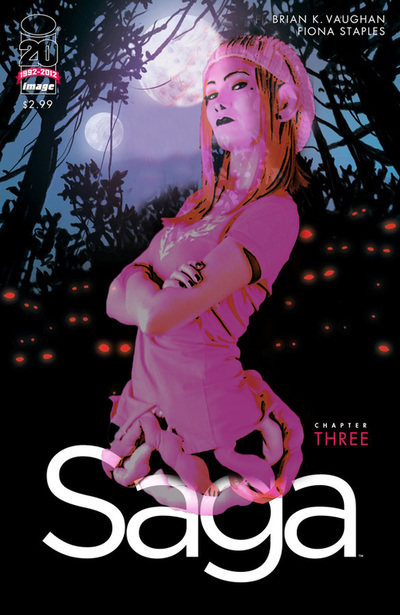 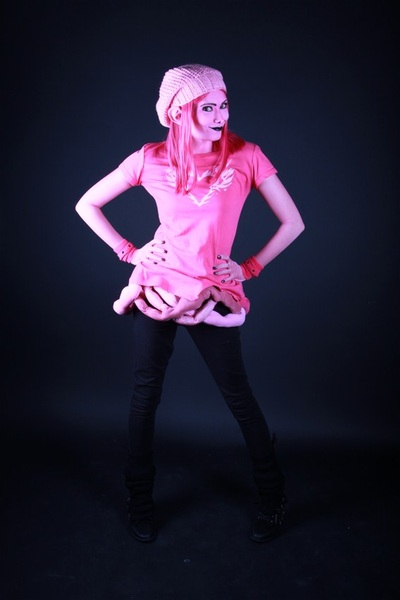 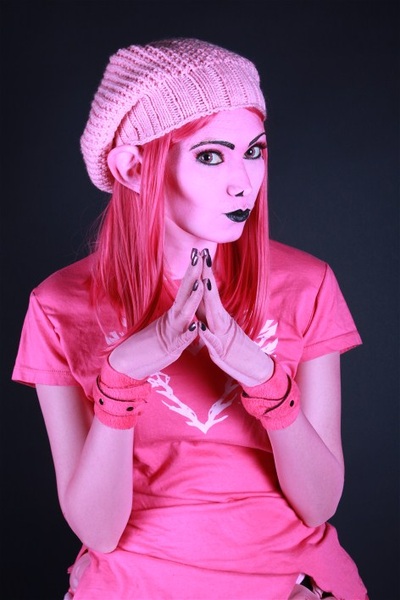 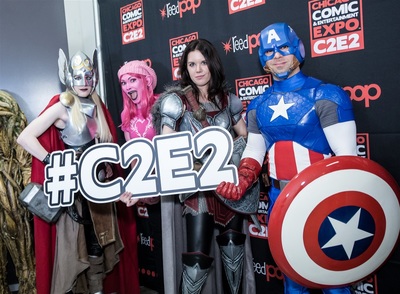 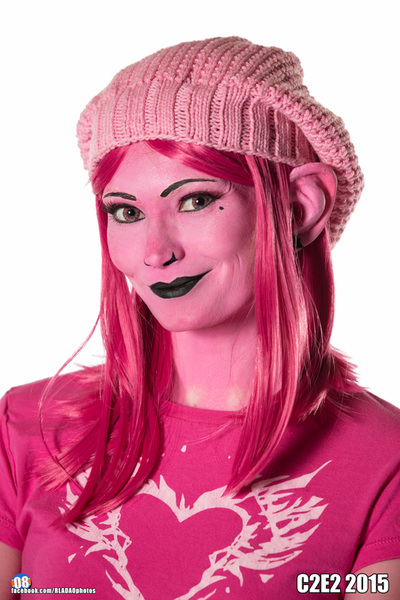 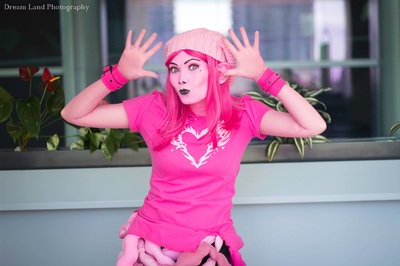 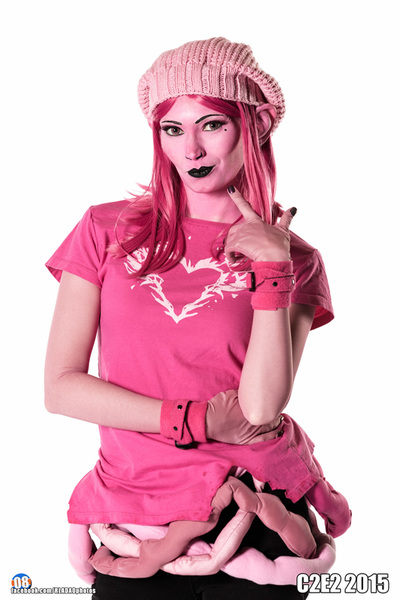 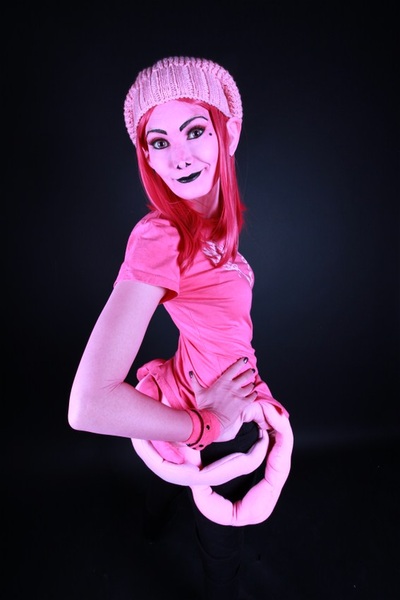 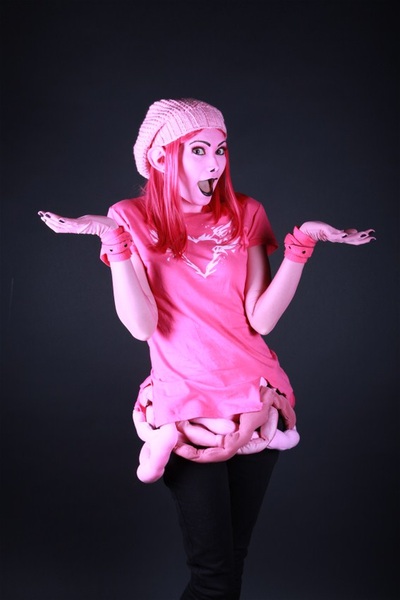 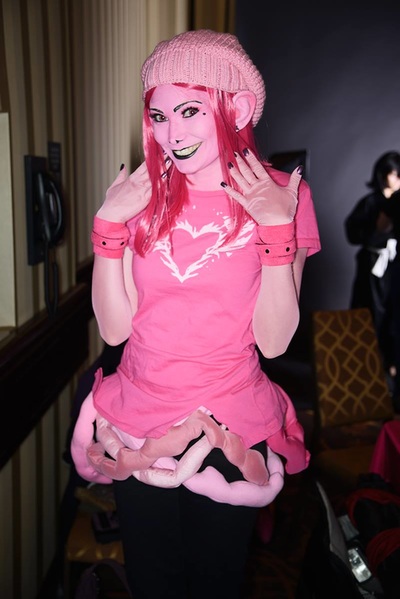 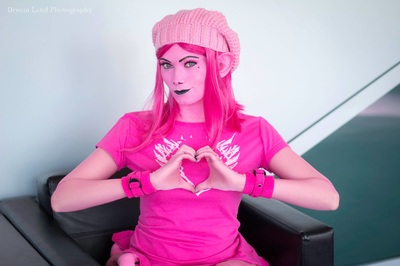 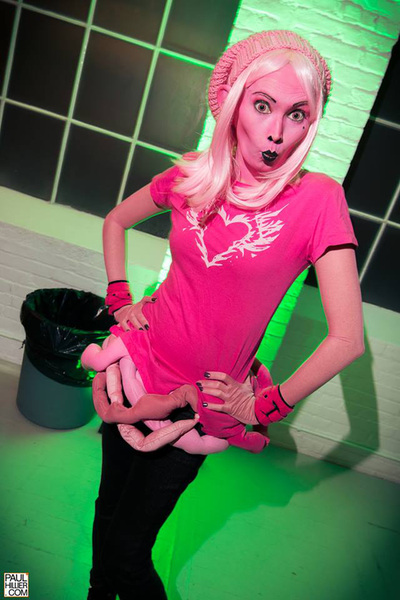 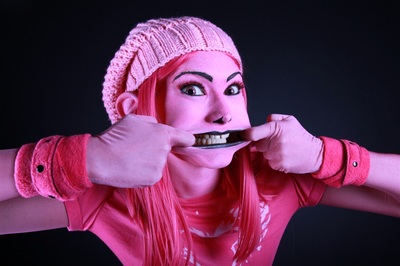 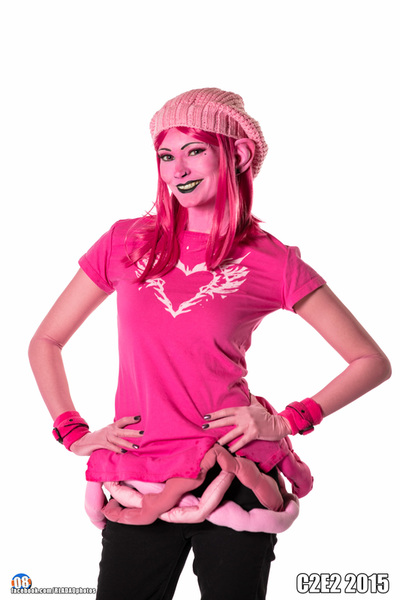 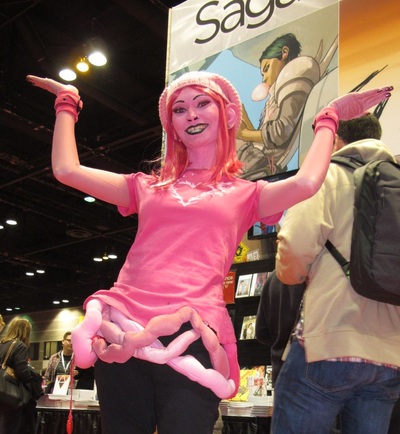 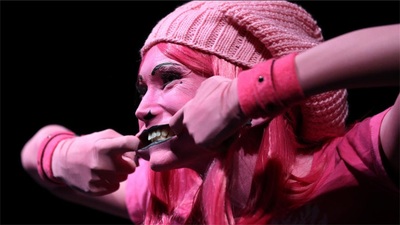 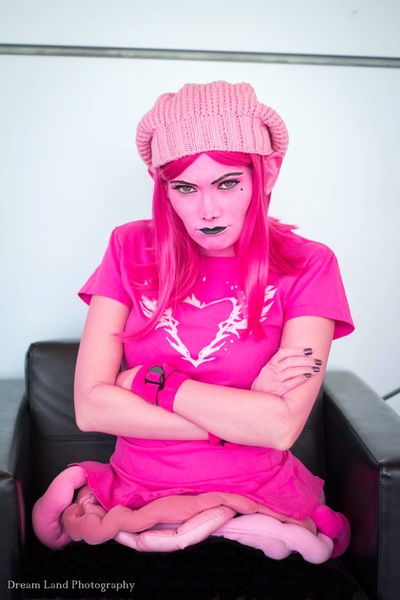 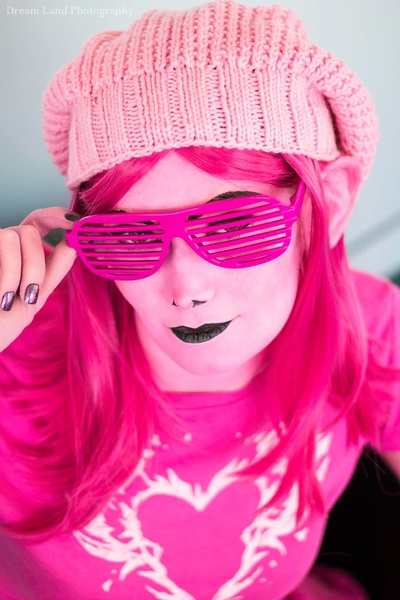 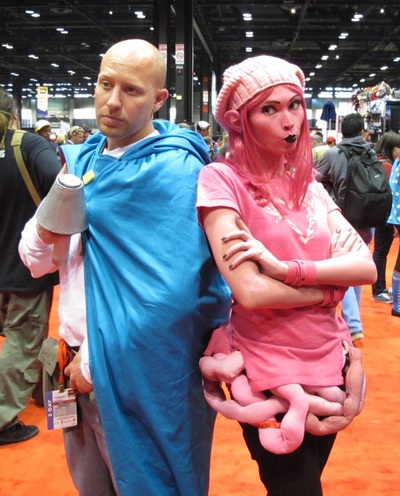 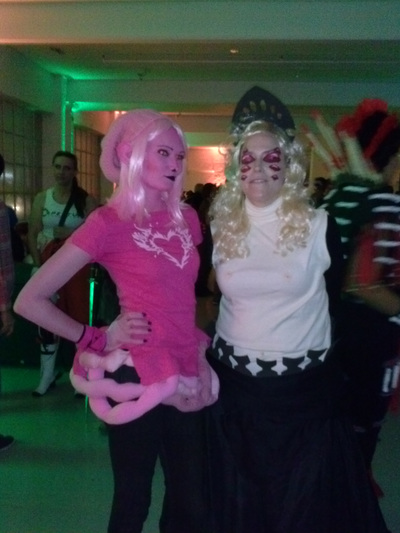 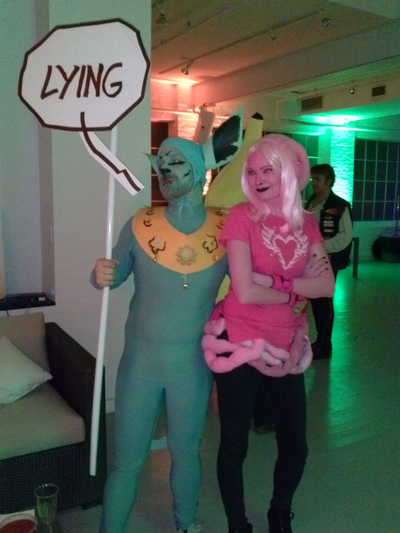 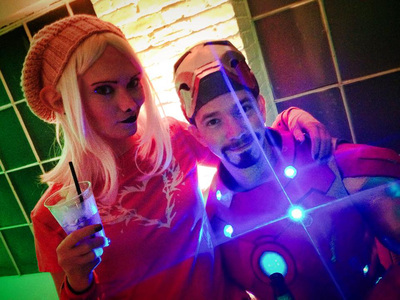 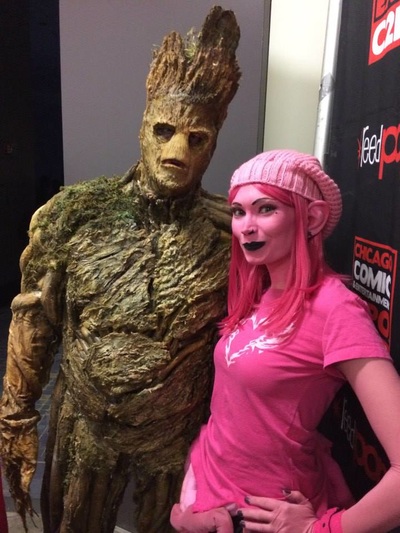